79th GENERAL ASSEMBLY OF THE UET

The European Trotting Union, which celebrates its 50th anniversary in 2023, held its annual General Assembly on Saturday 28 January 2023 at Vincennes racetrack in Paris.

From the COVID crisis to the current economic crisis, the member countries of the UET have had to face many challenges which have been overcome thanks to the resilience and passion of all trotting professionals and racetracks. She recalled the importance of dialogue and international support, which has, in particular, made it possible to stand by the trotting professionals in Ukraine.

The President again stressed the importance of equine welfare and informed the UET member countries that a hearing on this subject by the parliamentary group had been organised on 30 November 2022 in the European Parliament.

The President confirmed that the Technical Committee had validated the formula of the UET Elite Circuit 2023. The calendar for this first edition had now been set, bringing together the main European events.

AMENDMENTS OF THE INTERNATIONAL AGREEMENT ON TROTTING AND THE UET STATUTES

The member countries of the UET adopted an amendment to the foreward of the international agreement which reaffirms equine welfare as one of the priority values. Thus the following text was adopted:

“The UET members give the highest importance to the cultural and agricultural value of the trotter as a sport-horse. They appreciate the genetic potential of this breed and strives to maintain trotting as a professional sport, in addition to a dedicated selection for the breeding of trotters, taking in account the constant evolution of the modern world….

…. The welfare of the horse comes first at all times and must never be subordinated to competitive or commercial influences. »

The use of the whip in racing

The first edition is launched at the first stage of this new circuit, the Prix d’Amérique Zeturf Legend Race.

15 races will be awarded points. A ranking will be established after each race. The best ranked horses will be given priority for participation in the 2023 Finale, which will take place on 14 October in Solvalla. The winner of the Finale will be named the winner of the UET Elite Circuit 2023.

Berlin to host the World Trotting Conference in 2023

From 14 to 18 August 2023, Germany will host the World Trotting Conference. Heinz Tell, President of the German Trotting Federation (HVT), presented the schedule and the spirit in which the conference will be held, namely the strengthening of international cooperation. He called on all members of the UET to fully invest in the organisation of this conference and to reflect on the future of trotting internationally.

The World Driving Championship will take place from 13 to 18 August 2023 in the Netherlands, Belgium and Germany.

Mr Jack DOWIE, President of the Trot Britain association, presented trotting activities in Great Britain (England, Wales and Scotland). Great Britain has applied for membership as the 22nd member of the European Trotting Union. A technical committee will travel to Great Britain in 2023 to finalise the application for membership, which is expected in January 2024. 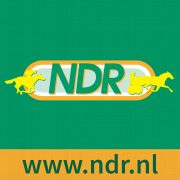 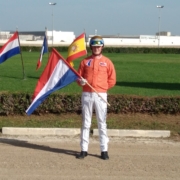